Backstory: The past is only the future with the lights on.

Trademarks:
Poet Anderson grabs one of his rival's arms while he's laying belly on the ground
and squeezing him with his body he twists it executing a Fantastic Soul Survivor (Fujiwara Armbar) 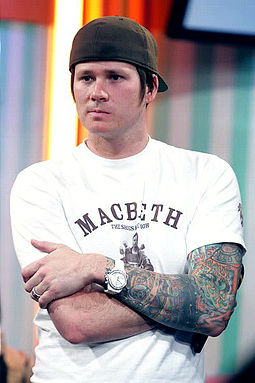