Return of the queen

Return of the queen

Ballad of champions begins playing all throughout the arena

A clip is aired on the Titan Tron, showing some of the wrestler's greatest victories and most powerful moves

Who walks alone to the ring

two Pyrotechnics red and blue, blow at each corner of the ring

Amber Valkyrie; cena if you open your mouth about me again im gonna kick your ass over the past couple of weeks i had time too think about the next step in my career cyopathic jr tonight i challenge you to a match why cause i don't like you im the greatest superstar this company has ever seen and you have the ordasity to fire me pipebomb suprise everyone i got fired now you see this is how it goes cyopathic i am going to make your life a living hell and let this be a messasge to every one in the back get in my way and we will have a problem now you fat peice pile of trash why don't you come out here and face me like a man

Rather than the GM though, #FullMoonRising flashes across the screen. The lights goes out. The ramp lights up with a strobe light; an erie blue highlighting a silver mist spraying out; crisscrossing the aisle  knee-high and in a long silent spurt. Staring at the Sun plays and Calon Cross comes strolling out from the back with microphone in hand.

Calon: Amber, Amber, Amber... You have about the worst grammar I've heard in professional wrestling. And that is saying something drastic. I mean, unless you just aren't speaking English, and in that case, I applaud you for putting these fans to sleep quicker than a dragon sleeper on a drunk.

Calon rounds the ring post and starts to ascend the stairs.


Calon: I can think of more than a few athletes that have managed to get a contract based off things less than brains, but the way Sergiy beat you the other night makes me think it's not your brains or your IN-RING talent that got you hired here.

Calon stops on the ring apron and smiles.

Calon: Now, I'm not here to berate you on your choice of skills to use to further along your chosen path to the top, but more so to say this; Get out of my office, my yard, MY RING.. you disrespectful, no talent, silicone sack for brains; child.. before I show you and this world a side of me that you don't want to see.

Calon's tone is cold as the camera zooms in on him.

Announcer: What is Calon doing out here? He already has gotten a non title match scheduled for later tonight.

Other Announcer: It's not enough. Calon said he was out for everyone.

Other Announcer: He didn't make it sound like this was gonna be a fight as much as a massacre. I don't think he respects Amber at all.

Calon wait on Amber to cower out of the ring and leave as sercurity begins surrounding him incase he snaps.

Amber Grabs the mic and begins to speak

amber motions her to stop

Amber Valkyrie; you see thats what im talking about see after lost to cena i went home because you see when life gets you down what do you got oh thats right family
see silverwolf you broke the number one rule if you want to survive in this buissness
don't trust no one

as the female begins to resmble amber

Amber Valkyrie; suprise meet my twin sister jenna you see she works for me and only me now i suggest you get out my ring or i'll make you get out

the chair as the security guards try to stop her

Just for clarification, I know in fantasy wrestling, you can't use or attack other characters without permission. Does that rule apply here?

Yes. If you God mod I usually edit that out unless agreed by both parties. 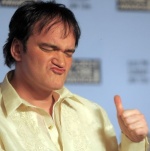 Alright, I don't think Amber knew. If you could, go ahead and edit it that Amber. You can't attack others without their permission. If you could, this whole roleplay thing would be a massacre.